Cagliostro – I Am Who I Am 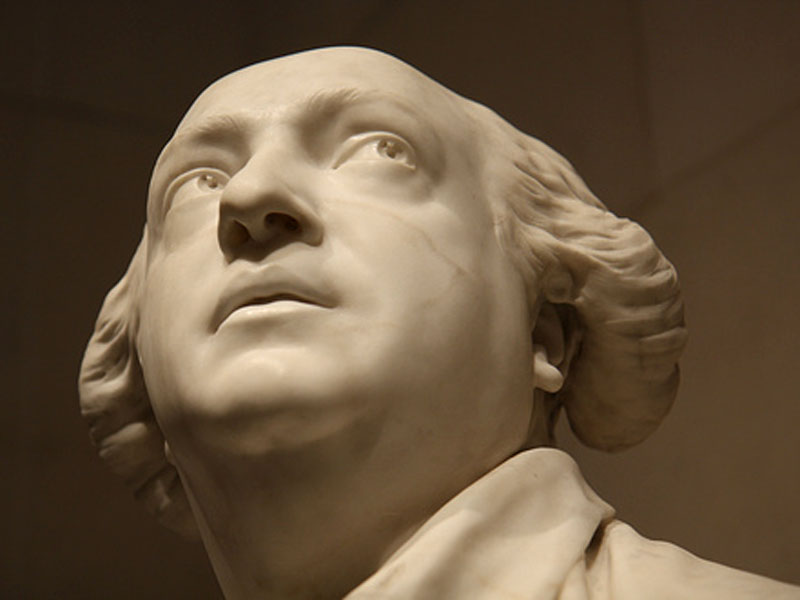 Cagliostro – I Am Who I Am

These are the words of Alessandro Conte di Cagliostro, in defining himself:

I am of no age and of no place; outside of time and space, my spiritual being lives its eternal existence and if I immerse myself in my thought by remaking the course of the years, if I project my spirit towards a way of living far from the one you perceive, I become the one I desire. By consciously participating in the absolute being, I regulate my action according to the best that surrounds me. My name is that of my function and I choose it, just as I choose my function, because I am free; my country is that where I momentarily stop my steps. Put the date of yesterday, if you wish, or succeeding, that of tomorrow or of past years, for the illusory pride of a greatness which will perhaps never be yours. I am who I am.

I have but a Father; various circumstances of my life have brought me to this great and moving truth; but the mysteries of this origin and the relationships that unite me to this unknown Father are and remain my secrets. Those who will be called to become, to glimpse as I am, understand and approve of me.

As for the time, the place where my material body will go to this earth at forty years of age, and the family that I choose so as not to increase the already heavy responsibilities of those who have known me – because it is written: “You will not make heaven fall” – I can tell you that I was not born of the flesh, nor of the will of man, I was born of the spirit. My name, which is mine, that which I chose to appear among you, that is what I claim. Those that were given to me at my birth or during my youth, those for which I was known, are of other times and places; I have left them, as I will have left some old-fashioned and useless clothes tomorrow.

But behold, I am noble and wayfarer, I speak, and your attentive souls will recognize the ancient words; a voice that is in you, and has been silent for a long time, answers the call of mine; I act, and peace is found in your hearts, health in your bodies, hope and courage in your souls. All men are my brethren, all countries are dear to me, and I walk everywhere so that the Spirit may descend from a road and come to us. I do not ask the Kings, whose power I respect, for hospitality on their lands, and when it is granted to me, I pass, doing around me as much good as I can: but I only pass. I am a noble traveller.

Like the south wind, like the shining light of the noonday that characterizes the full consciousness of things and active communion with God, so I go towards the North, towards the fog and the cold, abandoning everywhere at my passage some part of myself, spending myself, diminishing myself at every stop, but leaving a little light, a little warmth, until I have finally arrived and established myself at the end of my career: then the rose will blossom on the Cross. I am Cagliostro.

Why do you need to ask more? If you were children of God, if your soul were not so vain and so curious, you would already have understood. Instead you need details, signs and parables, so listen. You go back a long way, because you want to. All the light comes from the East, all the beginning from Egypt; I have been three years like you, then seven years, then the mature age, and from this age I have not counted any more.three seventenaires make twenty-one years and realize the fullness of human development. In my early childhood, under the law of rigour and justice I suffered in exile, like Israel among foreign nations.

But just as Israel had within him the presence of God, who, like a Metatron, guided him in his steps, in the same way a powerful Angel watched over me and directed my acts, lightened my soul, developing the latent forces within me. He was my Master and my Guide. My reason was formed and specified; I questioned myself, studied myself and became aware of everything around me; I made journeys, many journeys, both around the chamber of my reflections and in the temples and in the four parts of the world; but when I wanted to penetrate the origin of my being and ascend towards God, in the momentum of my soul, then my impotent reason was silent and left me at the mercy of my conjectures.

A love that attracted all creatures to itself in an impulsive way, an irresistible ambition, a deep feeling of my rights to all things on earth and in heaven possessed me and threw me towards life and the progressive experience of my forces, their game and their limits: It was the struggle that I had to sustain against the powers of the world, I was abandoned and tempted in the desert, I fought with the angel like Jacob, with men and with demons, and these, defeated, taught me the secrets concerning the dominion of darkness, so I never got lost in one of those paths from which there is no return.

One day – after so many years and travels! – Heaven fulfilled my efforts: He remembered his servant who, clothed in his wedding garments, had the grace to be admitted as Moses before the LORD. Since then I received as a new name, a unique mission, free and master of life, I thought only to use it for God’s work. I knew that He confirmed my deeds and words, just as I confirmed His name and His dominion over the earth. There are beings who no longer have a guardian angel: I was one of them.

Here is my childhood and my youth, such that your restless and generous spirit demands it; but whether they have lasted more or less years, whether they have stayed in the countries of your fathers and other districts, what does it matter to you? Am I not a free man? Judge my habits, as if to say my actions, say if they are good, say if you have seen more powerful ones, and if then perhaps you will no longer concern yourselves with my nationality, my rank, and my religion.

If, continuing on the happy path of your journeys, any of you should one day approach that land of the East which saw me born and remember me, say my name, and then you will see my father’s servants who will open the doors of the Holy City to him. Then, when he returns, he will tell his brothers whether I have abused a false prestige among you, whether I have taken something that did not belong to me!